I have now put the GM 2000 HPS mount into operation and wanted to give some feedback:

Assembly and setup were easy, and I found the instructions clear as well. However, I had to disassemble the mount before I could lift it out of the box on my own. The photo from 10Micron is very optimistic about the athleticism of the customer. The driver setup "just worked". I had to deal with the ModelWizzard for about an hour, then everything worked without problems. Cooperation with ASCOM clients (PHD2, Voyager) was without peculiarities, Meridian-Flip ran directly as intended.

Because of the weather I could operate the mount unfortunately only two nights, but I am thrilled: At 2 meters focal length (10" CFF RC: 0.39"/px) I could spontaneously expose 5 min unguided with a 40-star model without optimizing the setup - but I think this could be the upper limit because of the wooden deck (on the balcony). With guiding I'm at 0.2-0.3" RMS, which is unexpectedly good (the Mesu, when running, gets 0.5-0.6" at best at the same location). On the second night I already didn't have to deal with the mount - that's how it should be. The corresponding image is SH2-114 here:

So overall I am very satisfied. 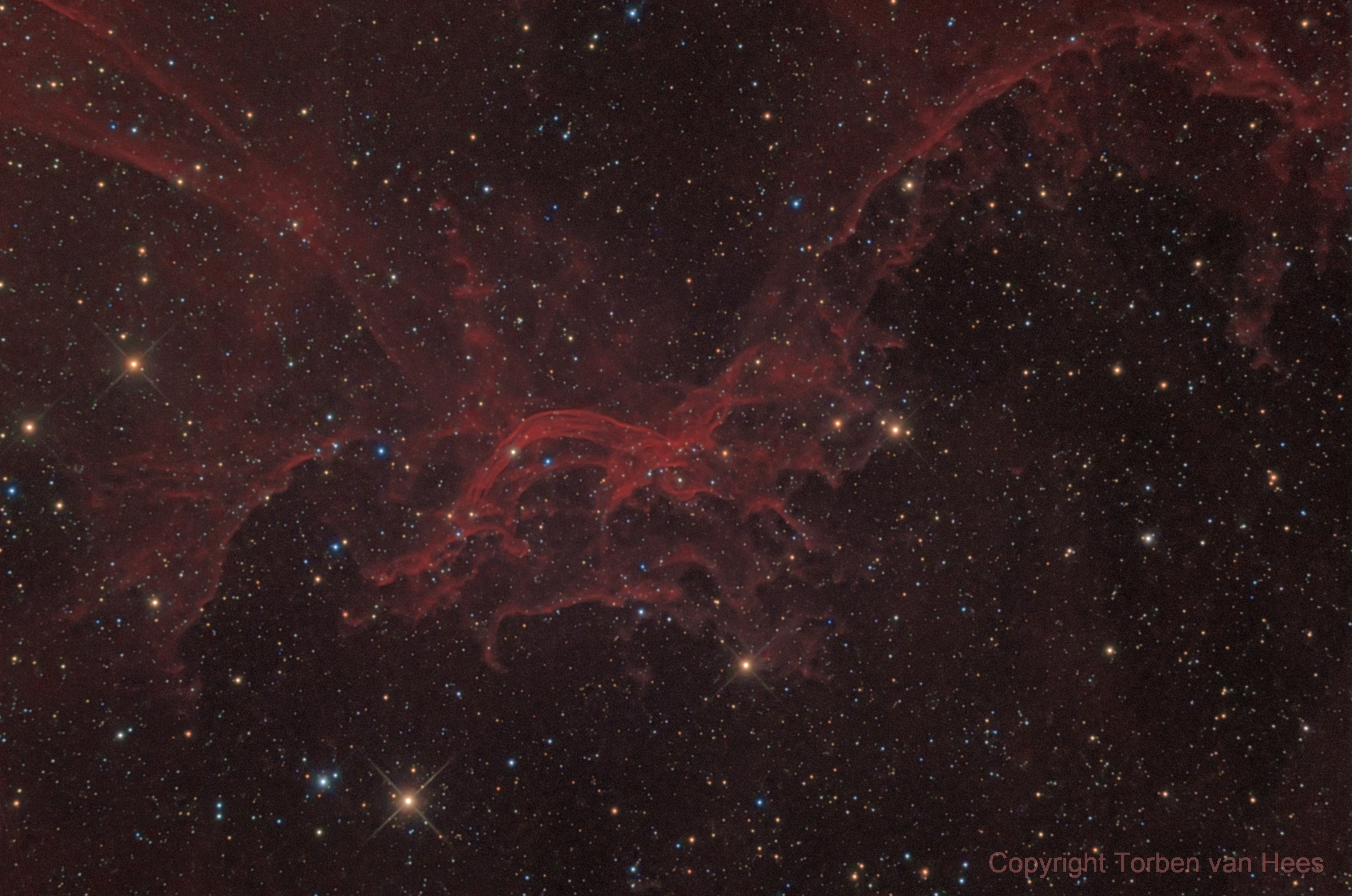