I have been an amateur astronomer since I got my first telescope when I was 12 years old. I am passionate about this hobby and especially about the instruments that make it possible to observe and image the sky. Everything about astrophotography fascinates me, whether it's the cameras or the mounts.
When I had the chance to realize a childhood dream of acquiring a large telescope, the choice of mount to carry it all gave me quite a headache.
For the telescope, my choice was a TEC140FL, but unfortunately at that time it was no longer in stock anywhere. I began to dream of acquiring a TOA150. The choice of mount, without autoguiding, was either an AP Mach 2 or a 10Micron.
I asked 1000HPS users all over the world how the mount would behave with a telescope as long as the TOA. I also contacted 10Micron Italy to get their opinion. There they told me that they recommend the 2000HPS for this type of telescope, but that the 25kg load limit quoted is realistic. 2 out of 3 users replied that they see no reason why it would not work, since many people use the mount at the load limit.
So, not without apprehension, I made this setup choice and hoped it would work as I intended!
At the time of the 1st test (performed with an A7S), I was still quite apprehensive about whether it would work
To make the telescope and assembly as light as possible, I removed the handle, which weighs 3kg. This lowers the weight of the telescope to about 15.5kg.
I also chose to pack only the absolutely necessary technology on the telescope, i.e. the camera, a heating resistor, a dovetail and Primalucelab clamps (which save 2.5kg compared to the Takahashi clamps). I get down to 18/19kg with the complete setup, well under 25kg. There are 2 counterweights of 10kg each, so
20kg in total. I also put sandbags (25/30kg) on the tripod feet.
(custom made by a blacksmith, also a question of economy), to make it heavier. The whole assembly weighs almost 100kg.
Once the whole thing is assembled, it is very solid and rigid. It does not move at all, the vibrations when you knock on the telescope disappear in a second.
disappear in a second. On windy nights (ten km/hWind) the setup does not make any twitching.
On the 1st night, I did a little alignment with the mount made, and to my great surprise, with the A7S I got (large pixels) shot 300s with round stars.
When I got the next camera (Asi6200, so much smaller pixels), I refined the alignment and managed to get the mount with an accuracy of 0.2RMS and 00°00'09". I was then able to observe 500s
without guiding with round stars at 770mm focal length. The pointing is frighteningly accurate: every object that is approached is exactly exactly in the center of the image.
Since I am mobile, I have to readjust the mount on every trip.
adjust. I'm often between 00°00'20" and 00°00'40", which gives me 300s of uncontrolled exposures at 770mm focal length with round stars stars. It usually takes me between 30 and 45min to get the mount so accurately (not perfect, but already well adjusted), using the minimum slew rate, taking into account the long tube length the long length of the tube: I prefer not to use a high slew speed to avoid Motion speed to avoid problems. The means additional time for the iterations with the different stars, but the stars, but the setup is stiff and everything is safe.
I'm looking forward to the possibility of putting this setup on a fixed column to be able to set everything up perfectly once and not have to focus on the alignment at the beginning of each evening to have to concentrate on the alignment.
I can recommend this setup to anyone, it works flawlessly and is very robust.
The TOA behaves perfectly on the 1000HPS, and the mount does not seem to suffer. You can concentrate on what is important, once the mount is set up you don't have to worry about it! It is necessary to balance the TOA perfectly (0.1% max on each axis), then once parameterized, the mount behaves wonderfully as advertised on the website, there is no need for autoguiding.
Clear Skies,
FabAstroPhoto
Astrobin : astrobin.com/users/Fab92/
Instagram : fabastrophoto 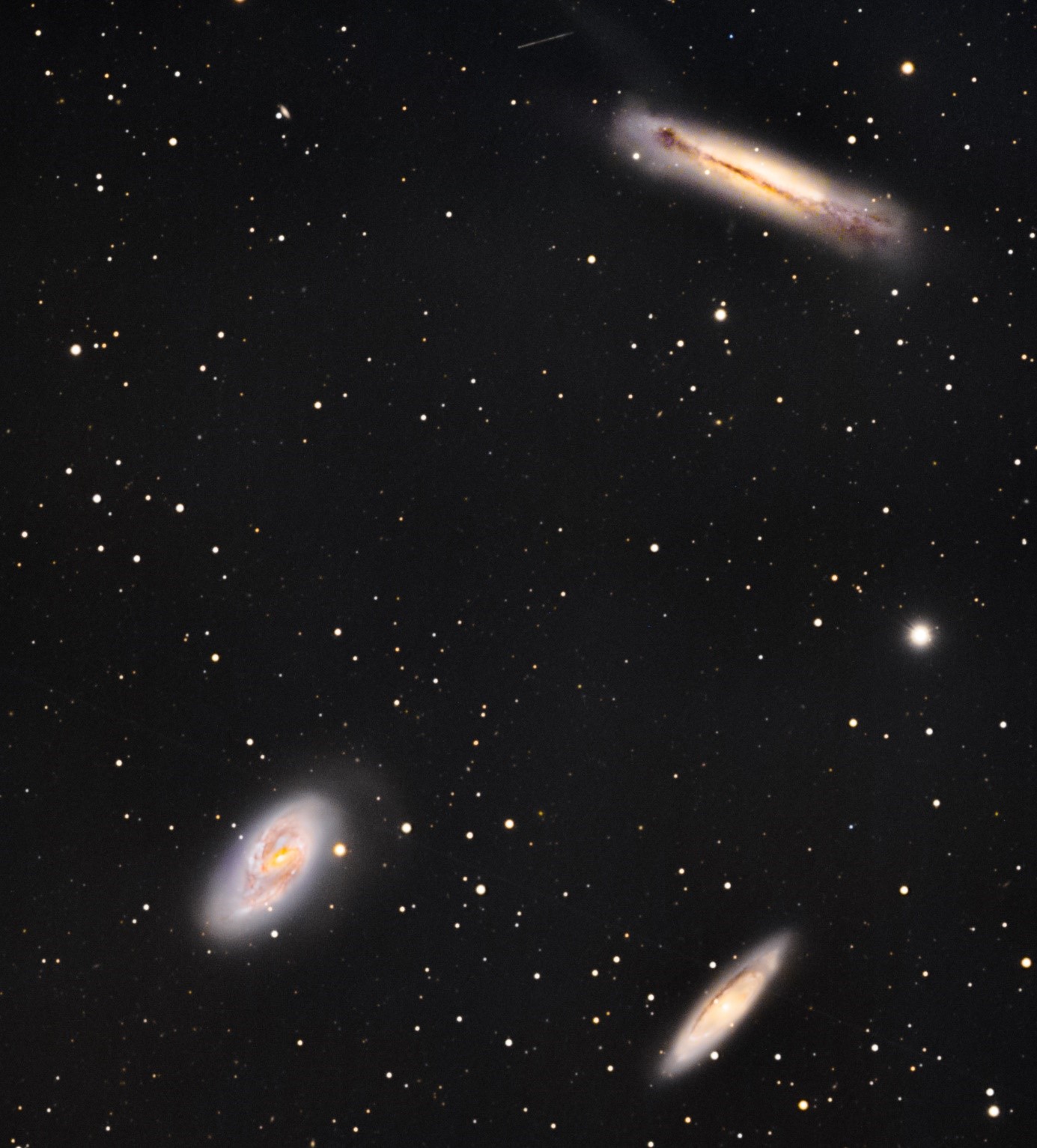 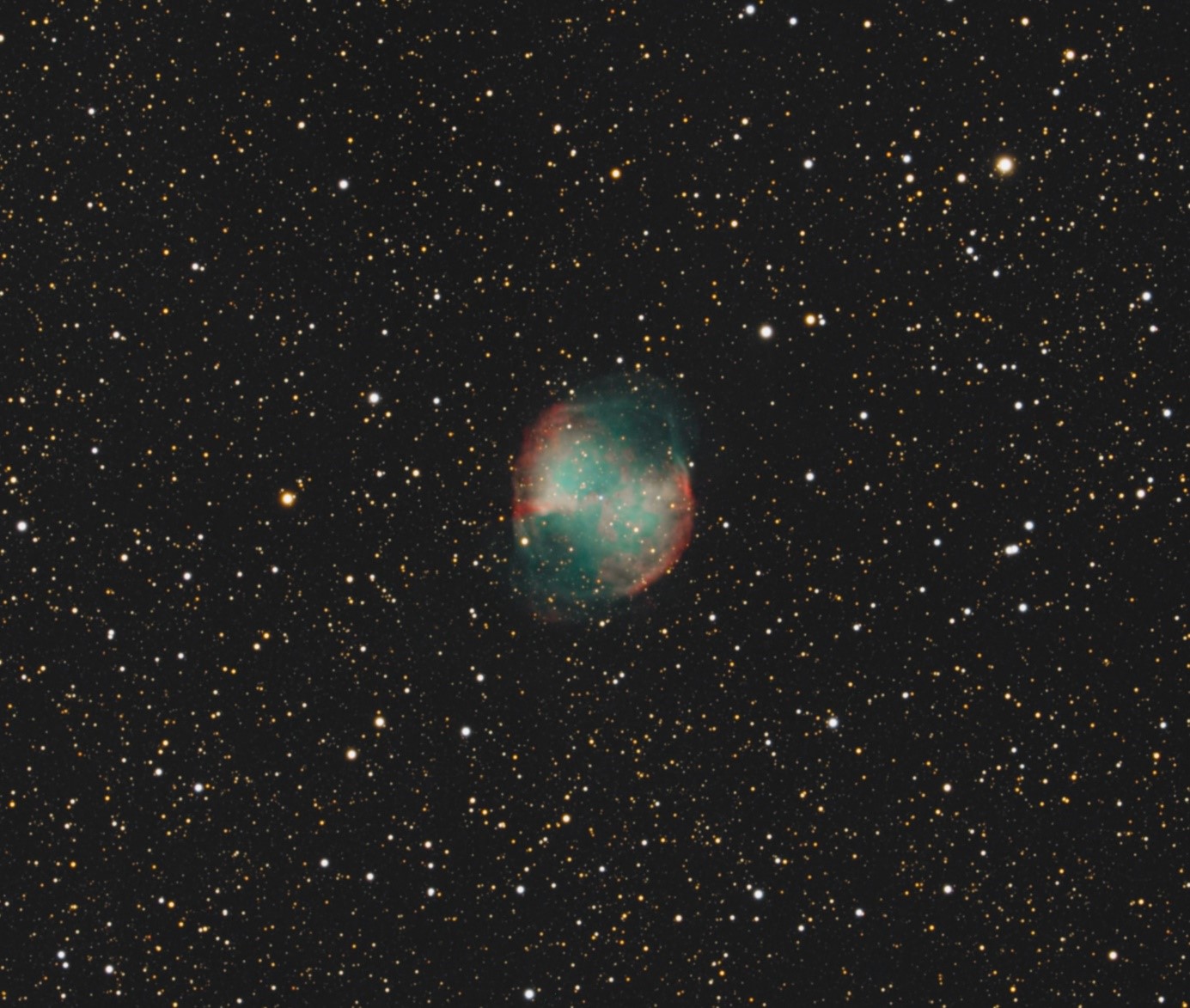 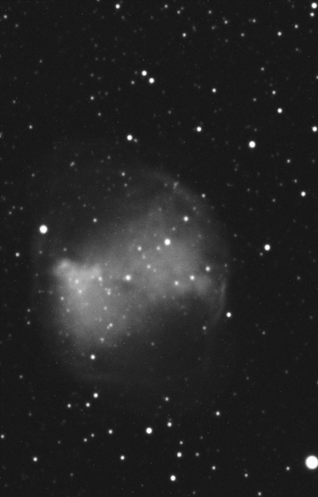