Friends of the entrepreneur Elon Musk had marked the 27.5.2020 in their calendar for a long time. On this day, NASA astronauts were to fly to the ISS with the commercial company SpaceX for the first time. The day was also long awaited by us. Our goal: to promote practical astronomy among children and young people! As a partner for our mission, we - the phaenovum student research center in Lörrach - had chosen the company Baader-Planetarium; and to say it in advance: we could not have imagined a better and more pleasant partner in the preparation and execution of this journey to the starry sky.

But first things first. For 15 years, the non-profit association phaenovum has been promoting courses and projects for children and young people in the natural sciences with great success (see www.phaenovum.de). The idea of extending this two-pronged educational concept to astronomy, which is unfortunately so neglected in schools, was therefore obvious. Two years of writing proposals, convincing sponsors, building, etc. passed. Since it was not possible to find a common location for both variants - low-threshold courses or project work with astrophysical questions - the Baader team (Johannes Baader and Goran Aladzic) was allowed to supply two observatories on 27.5.2020: the "staernwarte Kaltenbach" in Lörrach received five mobile telescopes incl. accessories: SCT 8'' on AVX mounts. With these telescopes, introductory courses in sky observation and astrophotography can be held in the immediate vicinity of the student research center in the future.

The "staernwarte Gersbach", built in the form of a roll-roof hut - located 20 km from Lörrach on the heights of the beautiful southern Black Forest - received equipment that would have been reserved for professionals years ago. In detail, students and teachers can look forward to: a Planewave CDK-17'' astrograph and a parallel mounted refractor TEC-APO 140 mm. A wonderful combination for visual observations and astrophotography projects! Both telescopes are mounted on a 10Micron GM 3000 HPS mount. Thanks to the absolute encoders integrated in both axes, there is no need for laborious guiding, among other things. In the future, a Baader Observatory Management System, which has also been installed, will make it possible to control the instruments in the club's own observatory remotely from Lörrach. A DADOS spectrograph and a complete set of equipment for solar observation in white and H-alpha light (Baader Herschel prism and SolarSpectrum H-alpha filter) are also available for project work. The professionalism with which the Baader team carried out the assembly of the individual components was impressive. Not only were all astro questions from two amateur astronomers integrated into the project answered with angelic patience despite the Corona-related wearing of masks, and the steel column filled with sand was placed horizontal on the first try.

The whole skill of the Baader team flashed up once more during the first approach of a celestial object with the mount just installed by visual judgement: Even before the evening, polar alignment and the creation of a first star model, the 10micron approached the Sun so precisely that it could be viewed immediately with a Herschel prism. By creating an initial 10-star model, the mount's precision could be set below 15 arc seconds on a starry night.

After a short night (Albireo could be separated in the TEC with wonderful sharpness, M51, M27 and M81 could be captured with the CDK 17'' on the CMOS camera very fast) the next morning a short introduction in different software components (maxim dl, SpecTrack, Backup), the test connection of the DADOS spectrograph to the CDK 17'' and a briefing in possible upcoming mirror cleanings took place. No question remained unanswered! And in the afternoon, the first students, also equipped with masks, came by. After all the years with a SCT 8'' and the lens telescopes, which can be borrowed from the Haus der Astronomie, also for them a view into a new age! So nothing stands in the way of good astrophysical ae project work.

By the way, the planned launch of the SpaceX rocket to the ISS that day had to be postponed by four days due to a thunderstorm. We, on the other hand, were able to focus on the space station already in the evening thanks to the new Gersbach "Himmelferraris" - fortunately without any disturbing Starlink satellites!

PS: We enjoyed the two days with the Baader team professionally and humanly very much. In the following week, the questions arising from the subsequent sky nights were answered in a phone call, a great and exemplary customer service! A heartfelt thank you to Mammendorf! For us, the 27.5. 2020 remains a historic day even without SpaceX launch. 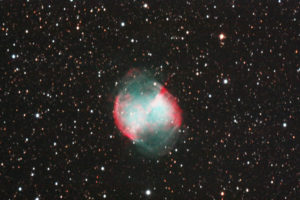 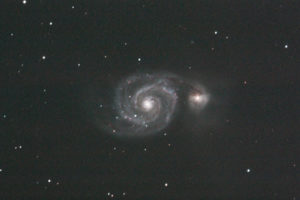 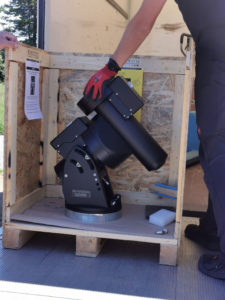 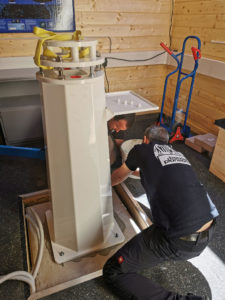